This will be a Celebratory Launch of our beautiful "Welcome Tree", designed and made by Iranian artist Majid Rabet and our art team including architect Jason Koh.

The "Welcome Tree" is a participatory public art project intended to expand the margins of engagement in this matter of life and death. Participants at the launch and beyond will be invited to write their own messages of support for all refugees to hang on the tree. Each message can inspire more people to take action and wield the positive change we so desperately need. Your presence at the event will amplify the campaign for justice for refugees.

The Tree will be available subsequently for public engagement with a range of positive projects for refugees. We encourage other groups to use the Welcome Tree for their own events.

It can stand as a symbol of unity for the refugee movement as it becomes more united than ever and as more and more Australians question what is happening in the offshore and onshore centres in the name of deterrence. The Welcome Tree has the capacity to travel far and wide to reach ordinary Australians in every local electorate around the country.

“My idea is that all of the groups and organisations find a way to develop more communication between them, and share their ideas and plans. There is already evidence that if civil society organisations make a structure to coordinate their activities it can have a positive effect. I know that a large number of people in Australia care about the refugees in Manus and Nauru, and a lot of great work has been done. But improving the organising structure can also help to make a change. The government should know that by keeping people in prison they will lose power.

The need for public actions such as the Welcome Tree is extremely important in these unprecedented times. Abuse of the vulnerable damages us all, whereas the act of public declaration of welcome to refugees by Australians strengthens social cohesion and shifts the dominant narrative.

We must consider the worsening situation in the offshore detention camps, and the need for all of those suffering at our hands to be brought to immediate safety. We must also consider the need to provide refuge for our fair share of the huge numbers of displaced persons in need of safety around the world, including our fair share of Syrian refugees.

We must also consider what our country stands to gain by welcoming the magnificent human resources that refugees bring to us. We present this Welcome Tree as a public statement that we should welcome all people driven from their homes in dire circumstances, who come to ask for our help, no matter how they come.

If you are unable to attend, we invite you to write and send us your own message via Facebook, or our email at info@peoplejustlikeus.net

We are very fortunate to have Uncle Ken Canning to give acknowledgment to country.

In his youth he spent time in boys homes and later sent to Boggo Road Gaol. While in prison Canning learned to read and write,[1] before he turned to poetry as a form of release.[2]

His activism for equal rights for Indigenous Australians led him to education in the 1980s. He was one of the founding members of Jumbunna Indigenous House of Learning at the University of Technology Sydney, working with Indigenous students at a tertiary level.[3]

Canning's poetry has been translated into several languages and he's now finished writing his first major play, 49 Days a Week, which is one of 6 plays picked nationally for the Yellamundie Festival in Sydney 2017. He has also recently written a half hour film script titled Cocky on a Biscuit Tin, which will eventually be written as a novel.[3] His poetry has been noted for its combination of Indigenous language and English, as well as its blunt, understated and visceral language.[1] His poetry is published under his Aboriginal language name, Burraga Gutya.

Canning was the lead candidate for the New South Wales Socialist Alliance ticket for the Australian Senate in the 2016 federal election, under the title "For A People's Movement".[4] After helping to organise the 2016 Invasion Day protest in Sydney, Canning said the 5000-strong march was being hailed as "the biggest march by Aboriginal peoples since 1988".[5]

Key Speakers for the Event:

Jenny Leong joined the NSW Parliament as the Member for Newtown in March 2015. Her statewide portfolio responsibilities for the NSW Greens include Human Rights, Sexuality and Gender Identity, Housing, Arts and Creative Industries, WestConnex and Night Time Culture and Economy.

Prior to entering Parliament, Jenny worked for a number of years with Amnesty International as a crisis coordinator and campaign manager in London, Hong Kong, and Sydney. At Amnesty International, she oversaw the organisation’s response to the Middle East & North Africa Uprising and worked to protect freedom of expression in the lead-up to the 2010 Burma elections.

Jenny has been an active member of The Greens for over a decade. In 2013, she worked as the Federal Election Campaign Coordinator for the NSW Greens

Saba Vasefi is an award winning artist, filmmaker, academic, poet, voice coach, PhD candidate and a powerful voice in the transnational feminist movement. She is the director of Sydney International Women’s Poetry & Arts Festival, the director of the Diaspora Symposium, Creative Director of Bridge for Asylum Seekers Foundation, Asylum Seekers Centre Ambassador and Australia Day Ambassador. She was the recipient of a Premier's Multicultural Medal for Art & Culture, an Edna Ryan Award for making a significant contribution to feminist debate and inciting others to challenge the status quo. She is also a finalist of the Women's Agenda Leadership Award in the Agenda Setter category.

John Highfield: A practising broadcast journalist for nearly 50 years prior to his retirement, John began his career as a cadet reporter at Radio 2SM before joining the ABC as a journalist, foreign correspondent and presenter on Current Affairs and News programs. He was the first presenter on the long-running PM program at its inauguration in 1969.

Following three terms as a European and Middle East reporter he was promoted to be European Bureau Chief for the ABC and was appointed International Editor for the National Broadcaster in 1990.

As a senior presenter on The World Today, AM and PM he led awareness of emerging issues around immigration detention, particularly for children.

John and his wife Trish are recipients of an Edmund Rice Centre Award for their outstanding commitment to the continuing struggle for Refugee and Asylum Seeker Rights.

MCs for the Event:

Amir is a former detainee who has appeared in “Freedom Stories” Amir works as a licensed real estate agent and investment property specialist based in North Sydney. After fleeing Iran at the age of 27, Amir spent four and a half years in the Curtin and Baxter Detention Centres. Initially told he would be deported, he was finally released after his case went to the High Court and then he spent a further two and a half years on a temporary protection visa.

“When I ask him in the film why he smiles so much, he tells me what he learned in detention is that we must all care about each other.

Another common trait among the former asylum seekers I’ve met is their enthusiasm and determination to contribute to their new country. It’s a truism to say these are the very people we need in Australia but it’s so.

I don’t want to idealize those people. I think part of the reason for their determination is the feeling that they must prove themselves, to demonstrate that they are not the usurpers and opportunists that many claim they are.” The Conversation 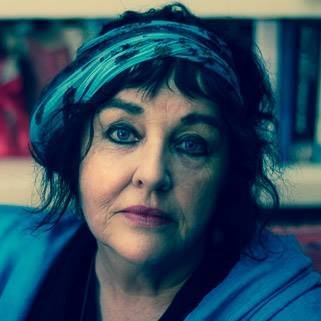 Fabia has worked in refugee rights space for twenty years.  “I am an accidental activist. Years ago, when a twelve-year-old student of mine threw himself onto the floor and tried to jump out the window at the mention of the word ‘detention’, I knew I could not rest until the cruelty of detention and deterrence towards the victims of war and persecution was rooted out of our society.”

Majid is a former refugee and creative artist and engineer now based at his studio, Artech Studio, in western Sydney.  Working with sculpture, wood, metal, electronics, costumes and inventions, Majid’s work challenges the impossible, often by recycling materials into new and innovative creations.  Majid has been involved in a number of community projects and initiatives, including commissions, workshops and independent projects through Blacktown Council, Parramatta Council, Powerhouse Museum, SustainabiliTEA, Bankstown Council, Refugee Art Project and most recently Cartographies of Diversity, Auburn.

Jason is head of modest digs, a building design practice focussing on sustainable design for new homes and additions or alterations to existing homes.  After migrating to Australia with his family in the early 1990s, Jason obtained a degree in architecture at the University of Sydney. He has worked in civic and institutional architecture, more recently turning to domestic architecture. Jason is one of the founders of People Just Like Us.

Cleve is an architect-trained designer with 32 years of experience in the field of architectural design, specializing in urban design. Following his graduate study in urban design at the Royal Danish Academy of Arts, Copenhagen with Professor Jan Gehl, Cleveland’s design practice has been deeply influenced by the Scandinavian tradition of placing humanism front and center in design matters. His work involves close collaboration with both communities and governments on a range of projects. These include contributing to regional strategic plans such as the City West Urban Strategy 1990, and the recent design of the pedestrian and cyclist Light Bridge over the Nepean River in Penrith in 2014.

People Just Like Us is an organization that seeks to change minds and hearts to change policy. We run talks that offer refugees in the community and in our organization a platform to talk about their experiences and lives, and to share their stories with the public.

With greater public awareness of the fact that refugees really are People Just Like us, we hope to build a more welcoming and accepting Australia whose government does not rely on fear, racism, and cruel 'border protection' policies in order to gain popularity.

One of our recent major projects has been pledgeforrefugees.org.au ,  which provides a positive policy solution for refugees. The pledge has been signed by over 3,000 people, including prominent community members and organizations. You can follow this campaign on http://pledgeforrefugees.org.au/ https://www.facebook.com/PeopleJustLikeUs/?fref=ts and #5pointplan.